Of course, wherever Thom goes, he finds a protest or a rally.  He is a magnet for all things political.  So it came as no surprise when we stumbled upon a guy wearing a EU flag setting up for a rally while we were on our walking tour of Munich on Sunday.  After our tour ended, we circled back to the square, which by this time was packed with pro-EU flag-waving supporters.

While the speeches were in German, I wasn’t surprised to hear them call out “Trump” and then “women’s march” no doubt alluding to our idiot POTUS and the successful protests in the US against him and his pro-Russian regime.  Thom was wearing his “sorry about our President” t-shirt in 13 languages.  As we walked around the crowd, many were amused as they read the sentiments, some even asking for photos with Thom.  That’s my guy-always making a political statement! 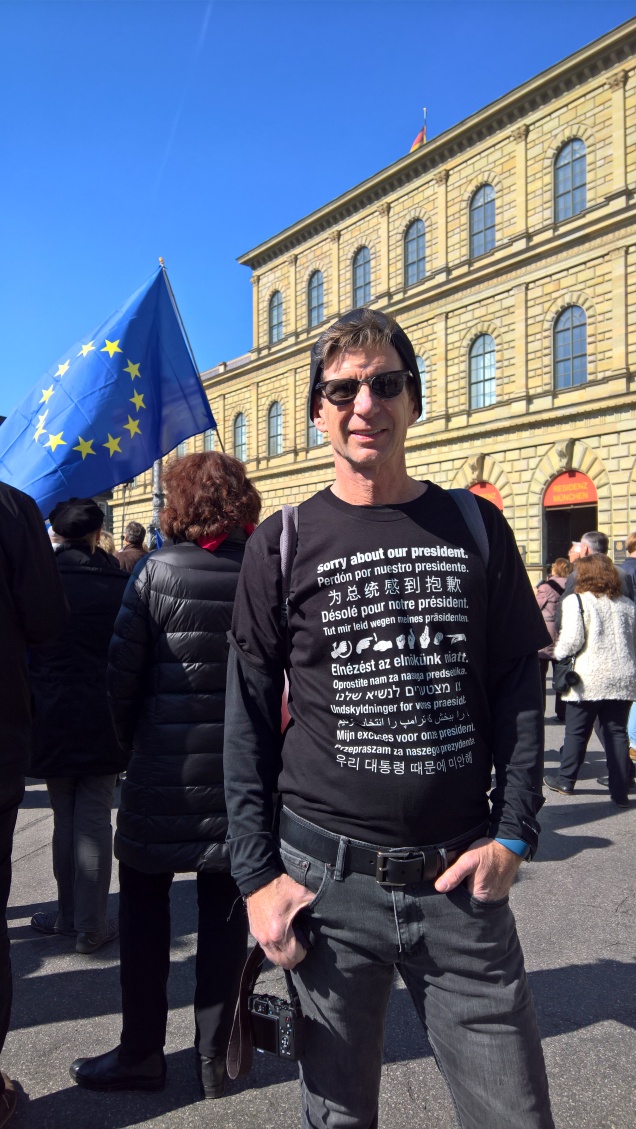 Amidst the chants, cheers, marching and flag-waving, it was obvious that Germany embraces the EU.  We found the merch table and loaded up on EU stickers, pins and bags for souvenirs and to support the cause.  When in Rome and all.  I can only hope that the US steps up their political activism and pours on the protests to make a difference.  We won’t give up and neither will the Germans apparently in their support of the EU.  Go forth and rally people! 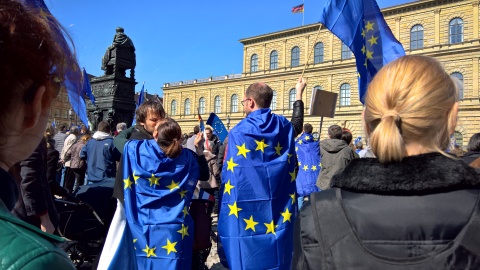 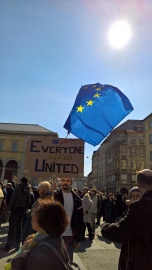